Search for crabs amongst the Lowcountry's famous salt marshes on our Crabbing tours in Hilton Head, SC. Perfect for all ages, this is a chance to learn about the local ecosystem while having buckets of fun!

Our Hilton Head Crabbing Adventure is one of the most exciting and interesting ways to spend your vacation around Hilton Head Island. Setting out from either Alljoy Public Dock, Bluffton Oyster Boat Landing, C.C. Haigh, Jr. Boat Landing or Cross Island Boat Landing, we’ll glide through the Lowcountry’s famous salt marshes.

Here, you’ll be surrounded by all kinds of wildlife and breathtaking views of nature. The ride is gentle and relaxing, with the calm inland waters providing perfect hotspots for crabbing!

Captain Brody and Captain Dick will offer expert guidance, including insights on the local ecosystem. You and your family will be shown a brief demonstration on how to catch the little shellfish and then, you can get crabbing!

Each passenger will be provided with their own crabbing equipment and be given the opportunity to catch their own crabs! No experience is necessary to enjoy this authentic crabbing adventure!

Hilton Head Crabbing tours are a perfect entry point for kids learning about fishing and marine life. From the local ecosystems to learning about different types of crabs, this is a truly memorable adventure in Hilton Head Island.

These tours also guarantee fun, with the mystery of what you’ll pull up never failing to disappoint! With a family-friendly perspective, relax knowing safety and comfort is our priority at all times.

More Than Just a Crabbing Adventure

You’ll see much more than just shellfish on our Hilton Head Crabbing Adventures. The salt marshes and the nearby Atlantic Ocean are home to a wide range of wildlife.

The Low Country waters are loaded with fish of all species. On our boat you’ll see them swimming by and maybe even splashing out of the water. If we head out further towards the ocean, you might even get the chance to see leaping stingrays and everyone’s dream sighting – bottlenose dolphins!

It doesn’t stop there, depending on our route, you’ll see various iconic Hilton Head Island landmarks, including Harbour Town’s lighthouse and the historic plantations and gated communities.

There’s truly something for everyone on our Hilton Head Crabbing Adventure!

The waters around Hilton Head are home to various crab species, including Stone crabs and Atlantic Blue Crabs. These crabs are commonly eaten, but we’ll be releasing them shortly after our catches.

On our Hilton Head crabbing tours, we find the following crabs and more:

Atlantic blue crabs are very commonly found on our Hilton Head crabbing tours. These crustaceans are strong swimmers with five paddle-like legs. They can grow an impressive 7-8 inches and will wow you with their bright-blue claws!

These are the Holy Grail of crabs. Stone crabs have a brownish-red color with gray spots. You can easily identify them by their claws with black tips. These crabs can grow to a large 12-16 cm and live up to 8 years. Catch one of these and you should be proud.

The largest of all the crabs we’re likely to find is the horseshoe crab. They’ve been around for more than 300 million years. They’re older than dinosaurs! With ten legs and a hard shell, they get their name from the rounded shape of their head. They have nine eyes found all over the body!

Fiddler crabs are found in the mud-flats throughout Hilton Head Island. They vary in color from brown to tan. Although quite small (1.5-2 inches long), they have one distinct claw larger than the other and often larger than the crab’s entire body. Despite their oversized claw, they’re not dangerous to catch.

Spider crabs are long-legged, slow-moving crabs that often cover themselves in algae and other dirt to defend against predators. If we pull one in, we’ll know it thanks to their khaki-colored backs with long outstretched legs. Their claws are white, narrow, slow and weak.

Oyster crabs are the smallest of the catches we make while Hilton Head crabbing. Less than a centimeter across, they’re challenging to spot. They’re sometimes found inside oysters when opened after steaming. That’s because they spend most of their life within oyster shells. Oysters pull water into their shells, filtering out food particles. Oyster crabs take advantage of this technique by consuming some of the food the oyster pulls in.

Squareback marsh crabs are a slightly larger cousin of Oyster crabs. They grow to around 2 cm, with a dark brown and rectangular shell. We find these crab species throughout Hilton Head Island. Squareback marsh crabs eat anything from smaller crabs and insects to decaying leaves and fungi.

Ghost crabs are a Hilton Head crabbing favorite. They move so fast that you might miss them as they run along the beaches. Sized around 7 cm across, they have a whitish-yellow transparent shell and are known for digging burrows to protect themselves.

Hermit crabs are not as shy as their name suggests. Often found around the beaches, they live in empty snail shells. Although there are hundreds of different species of hermit crabs, they all tend to live in old shells to protect their soft bodies. They’re nearly impossible to pull out their shells as their back legs hook on so tight to the shell.

Their other two pairs of legs are made for walking. As they grow larger, they’ll leave their old home and search for a bigger one. Kids on our Hilton Head boat tours usually enjoy hearing how Hermit crabs will go house searching, often trying shells before deciding they’re not suitable.

If you’re interested in a crabbing adventure in Hilton Head, SC that is truly unforgettable, contact us today to book a Crabbing tour. Suitable for all ages, booking in advance is strongly recommended to ensure we can accommodate your group. 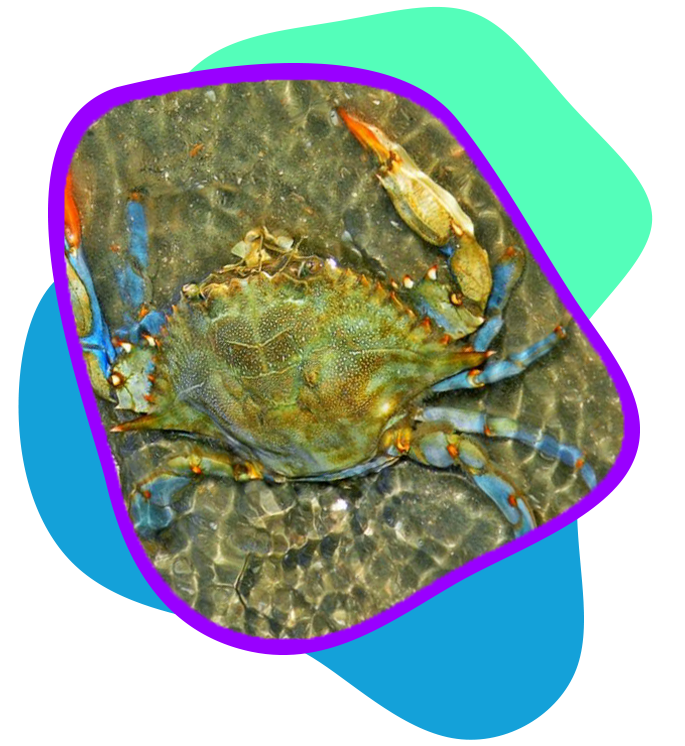 GOOGLE REVIEWS from our Happy Guests

Joel Closs
19:24 21 Dec 22
Had a great time out on the water with Captain Greg and Captain Richard. Top notch, great guys, highly recommend! 👍

Andrea
00:31 19 Nov 22
Had THE BEST time! Tours are personable and offer a great experience for any crowd. Boats, dolphins, and sunsets… you can’t go wrong!

Alissa Rhodes
21:19 15 Oct 22
Captain Brody was absolutely amazing. He knew soo much not only about the wild life but also Hilton Head island. We saw so many dolphins including big Charlie who came up to the boat. Highly recommend you book this experience. Totally worth it!

Sarah Cornetet
15:34 07 Oct 22
Five stars for Captain Brody!! He is awesome! He knows how to find the dolphins. His knowledge of the area and the marine life made for a great tour. He is super friendly and fun. Thank you for the great experience for our family. We would definitely recommend to book a tour.

Alissa Shepard
05:56 26 Sep 22
Captain Brody was great! Very knowledgeable and we saw probably 20 dolphins. We would definitely go back again! Our 3 boys also had a blast.

Amanda Burchfield
19:46 25 Sep 22
Captain Brody was friendly and shared a lot of interesting information about the area. We had many dolphin sightings and even got up close. He was obviously familiar with the habits of dolphins and worked to be respectful of them and their habitat. He shared facts about their family life, mating styles, migration patterns, and more. We would definitely take this tour again, it was more than worth our time and money.

Carolyn Campbell
22:34 16 Sep 22
Amazing tour with lots of dolphins!! Captain Brody was great and really appreciate him making it awesome for my daughter & I!!!

Megan Pizzitola
19:42 13 Sep 22
My friends and I had such a great time celebrating a bachelorette weekend. Captain Brody was very communicative, flexible and a pleasure to work with. While I’ve been to HHI many times, we had an experience you can only have on a boat. Highly recommend to anyone visiting the area!

Life is Better on the Water!

While enjoying any of our Boat Tours in Hilton Head, we may be cruising by some Iconic Landmarks, perfect for photo opts and sightseeing. 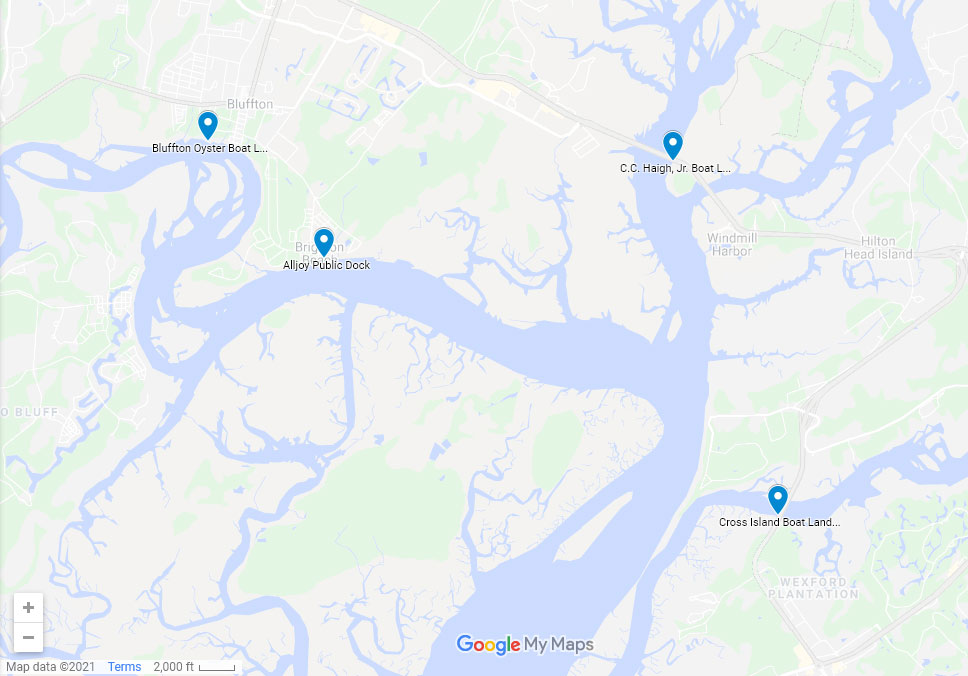 Joel Closs
19:24 21 Dec 22
Had a great time out on the water with Captain Greg and Captain Richard. Top notch, great guys, highly recommend! 👍

Andrea
00:31 19 Nov 22
Had THE BEST time! Tours are personable and offer a great experience for any crowd. Boats, dolphins, and sunsets… you can’t go wrong!

After booking confirmation, we will send you a text message with detailed instructions for your chosen pickup location.

Cancellation due to weather is at our Captain’s discretion only!

We will contact you on the phone number provided on the day of your tour if there are any weather concerns/cancellations. The Captain keeps a diligent eye on the weather and will inform you in ample time to get you rescheduled. Weather cancellations are 100% refundable if rescheduling is not possible. Isolated/pop-up thunderstorms are a way of life here in the summer months and they may delay us for a few minutes or miss us entirely, so please show up unless you hear from us.